These are the species of dragons that appear in the Dreamworks movie adaptation.

Screaming Death
Add a photo to this gallery

Boulder Class dragons are tough and associated with the earth. They can eat rocks, and despite that their wings are smaller compared to their entire body, they are able to fly as fast and as high as most other dragons can. 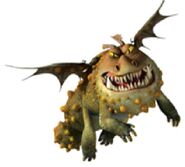 Whispering death
Add a photo to this gallery

Tracker Class dragons have highly acute sense of smell to track and find things. Actually stealthy, sneaky, and often have multiple heads. Instead of fire, they breathe gases with different effects.

Rumblehorn
Add a photo to this gallery

Mystery Class dragons have little known about them, and exhibit especially unusal habits and abilities unidentified in other classes. 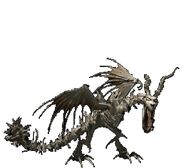 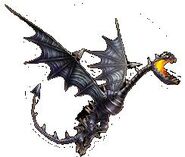 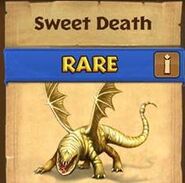 Sweet Death
Add a photo to this gallery

Sharp Class dragons are vain and prideful, and they all possess sharp body parts.

Stoker Class dragons are hotheaded fire breathers, and most of them are capable of setting themselves on fire. All dragons in this class are immune to fire. The Terrible Terror, Monstrous Nightmare, Typhoomerang, Fireworm, Red Death, andSnafflefang are part of this class.

Strike Class dragons are most powerful, super fast, have pin-point accuracy, highly intelligent and have incredible vice-like jaw strength. They are also the most difficult to train, but the most loyal once trained. The Night Fury and theSkrill are part of this class.

Tidal Class dragons live in and near the ocean, and unlike most dragons, they don't have fire breaths as their ranged attacks. These dragons are generally bigger in size than most of other classes, consisting of species classified in the Large Dragons, and have been shown to be especially agressive towards humans in comparison to other dragons.

Retrieved from "https://epic-refresh-dx-science-lab.fandom.com/wiki/Dragons?oldid=5657"
Community content is available under CC-BY-SA unless otherwise noted.